My family has visited several Mexican beach destinations, and we’ve love all our experiences! Yearly millions of visitors go to the bustling beach towns of Mexico, like Cancun, Los Cabos, and Puerto Vallarta, these hot spots are full of 5-star resorts. But Mexico is a large country with much more to offer than just margaritas by the beach. So, when I was planning our family summer getaway this year, my kids asked if we could go somewhere in Mexico that is not a beach destination and a short non-stop flight from DFW. I was super excited they said that, primarily since I have only been to one non-beach destination in Mexico; that being its capital, Mexico City.

First thing that came to mind was that Mexico has a rich history of  both the Old World and the New World; of when the Aztecs ruled the region to the 300 years under the Spanish flag. Thus, I thought of visiting the historical destinations in Central Mexico. And since both kids are learning Spanish at school and they have touched on Mexican history, I thought it an excellent opportunity to dig deeper into this beautiful country of Mexico!

With that said we decided to follow the Mexican Independence Route –  well sort of – and visit some of the cities and towns where it all began. Below is a map of the area, with Miguel Hidalgo’s war campaign route, which started in Dolores (in blue); and our family vacation of the area in red, which started in Queretaro.

Citation: Melish, John, et al. Map of the United States of America: with the contiguous British & Spanish possessions. 1820. Map. Retrieved from the Library of Congress, <www.loc.gov/item/2008622175/> 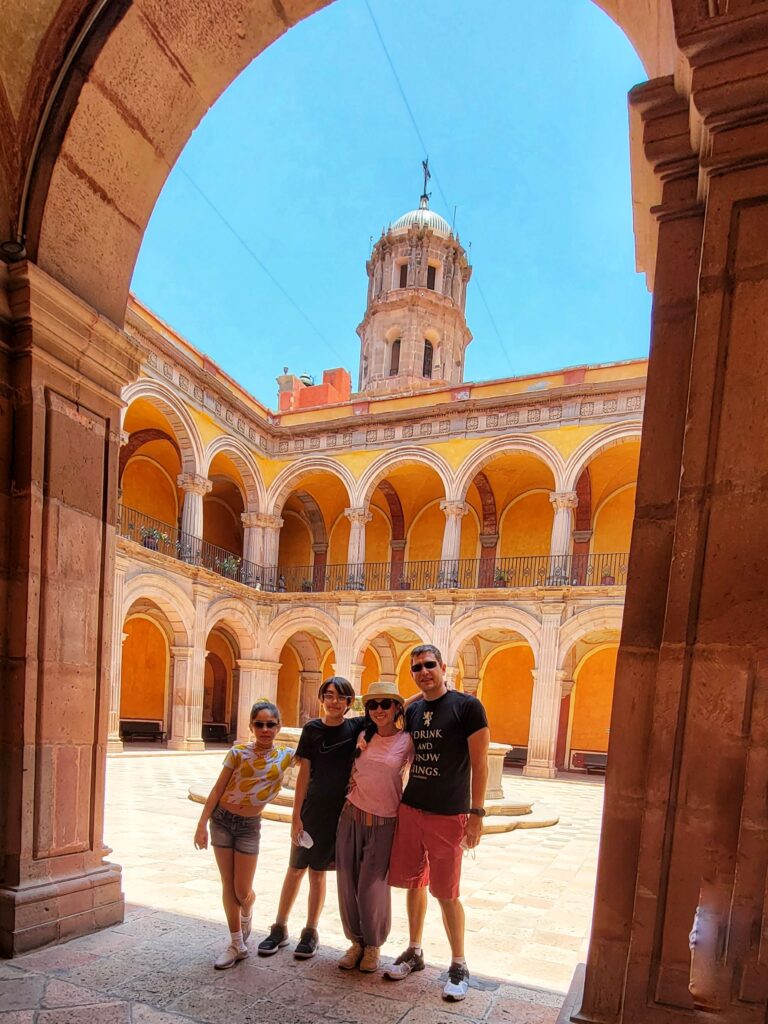 We started our journey from the City of Querétaro, the capital of the state with the same name. There is a non-stop flight from DFW to QRO, which makes it a lot better, especially these days when there are so many delayed/canceled flights. The last thing you want is to get stranded in the middle of your journey.

Querétaro is worth visiting; it is an emerging star travel destination in Mexico and has become one of the favorite places to visit within the country. According to Britannica, Querétaro has been considered an excellent example of a Spanish colonial city. It was founded by Otomí Indians and was incorporated into the Aztec empire in 1446, and the historic center was designated a UNESCO World Heritage site in 1996.

And did you know that Queretaro was the starting point for Mexico’s War of Independence? In the early 19th century, revolutionaries in Querétaro began planning a rebellion against Spain, making the State the birthplace of Mexican Independence. Well… now you know, and you should visit to learn more. I heard Queretaro is one of the best places to celebrate Mexican Independence Day!

We had a fantastic time exploring Queretaro and we highly recommend it, especially if you want to learn more about Mexico’s Independence.

The Historic City of Queretaro

The beautiful San Miguel de Allende, located in the Colonial Highlands region of Mexico, is just an hour drive from Queretaro. It is known for its well-preserved Colonial and Spanish architecture. The center is a UNESCO World Heritage site, so you see that most homes, churches, civic structures, and buildings have retained their historical and original design.

Our favorite activity here is walking through the narrow cobblestone streets and just wandering around – exploring its architectural splendor, and checking some shops and art galleries. Oh, the streets of San Miguel de Allende are lined with over 100 art galleries.

The beautiful atmosphere, temperate climate, low cost of living, lively art scene, preserved traditional culture, and mixed food scene has drawn so many expats to the city; they make up about 10% of the residents in the metro area. Plus, various travel publications have named San Miguel de Allende the best city in the world.

The Beautiful View of this city from any of the rooftop bars will not disappoint you. This one was taken from Cielo Rooftop.

When I heard about this place a few years ago, I swore that I will pay a visit when I get to this part of the world. So, this was on top of the itinerary and since we had a car rental then it made the planning easier.  Atotonilco, a fortified town is  about 30mins from San Miguel de Allende, and you can’t miss this place while visiting this part of the country. The Sanctuary of Atotonilco dubbed the “Sistine Chapel of Mexico,” was the Jesuit sanctuary in the 18th century. The inside of the church and the chapels are breathtaking! Local artists Miguel Antonio Martínez de Pocasangre and Rodriguez Juárez painted the murals for over 30 years in the Mexican Baroque style. And in July 2008, it was designated a UNESCO World Heritage Site. 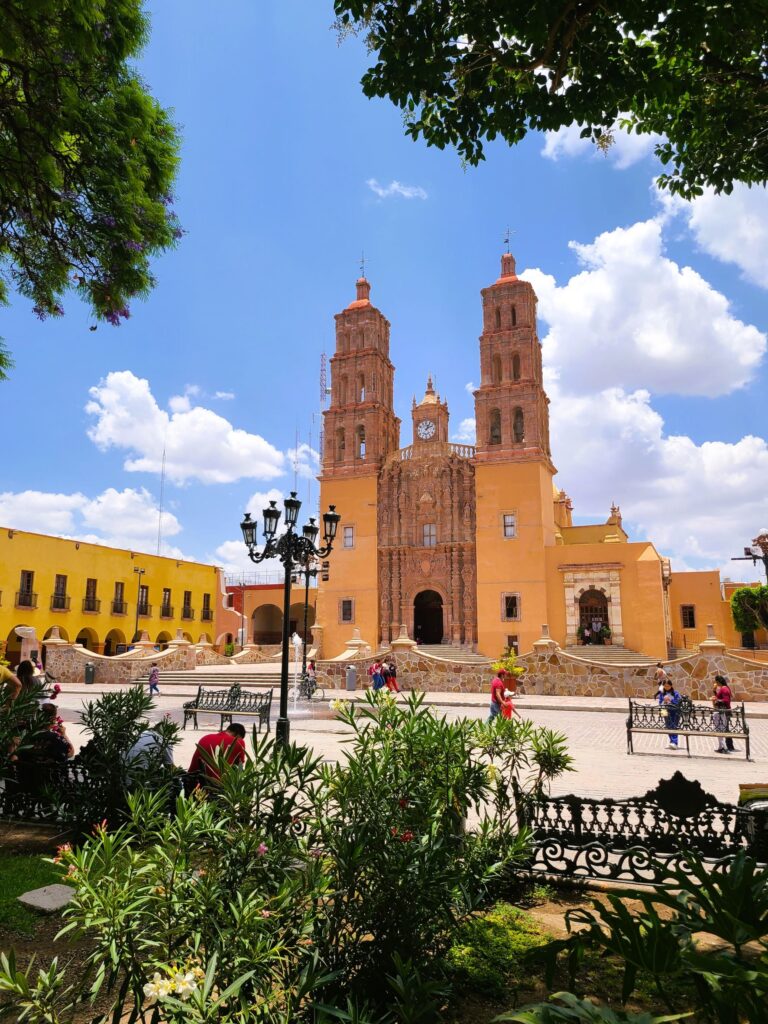 We love this Magical Town and wish we have full day here. SO many things to do and some nearby place to visit. Anyways, Dolores Hidalgo is a small colonial town, is the starting point of the fight for Mexican Independence from the Spanish empire in 1810, led by priest Miguel Hidalgo y Costilla.

Fact according to Travel by Mexico: In this place, on the early morning of September 16, 1810, in the court of the parish of Our Lady of Dolores, Father Miguel Hidalgo gave El Grito. This cry called the people to fight for their freedom and independence, which is why Dolores Hidalgo is known as the true Cradle of Mexican Independence.

We visited the Museo de la Independencia (Museum of Independence), where the revolutionaries who joined the independence led by Father Miguel Hidalgo y Costilla were imprisoned in the 18th century.

I highly recommend visiting this town to see the stunning architecture like the Parroquia de Nuestra Señora de Dolores. Don’t forget to grab an ice cream. You can get the best ice cream from the street vendors, specifically in the town center. I am not going to spoil it for you, but the varied flavors will blow your mind away:) 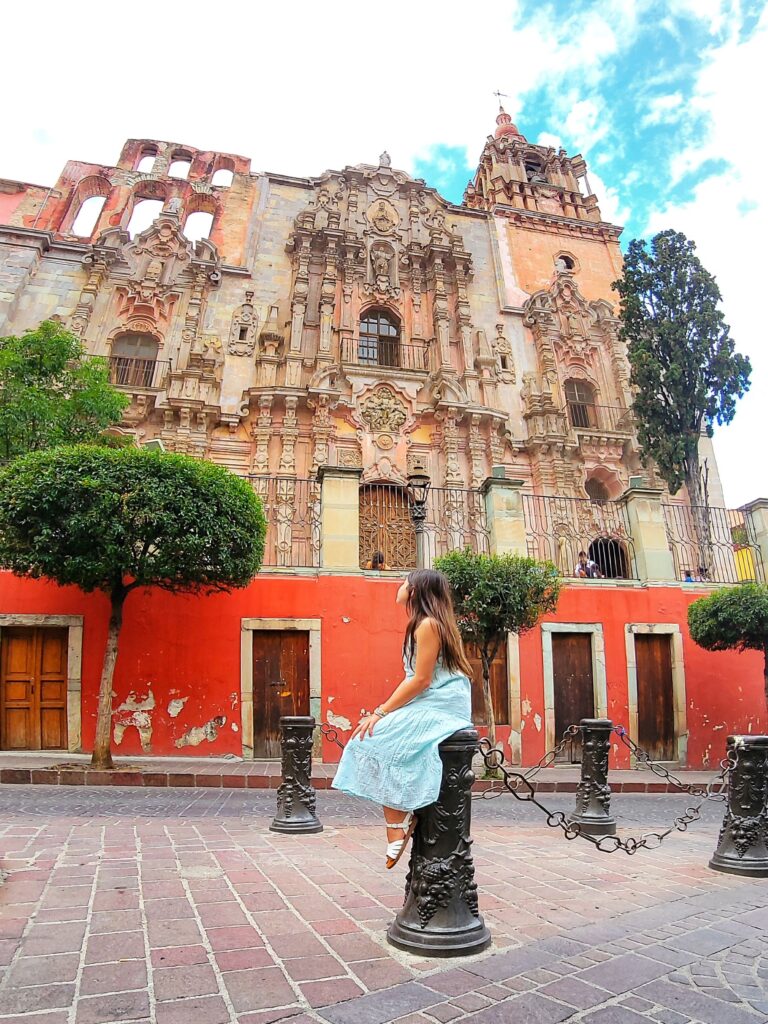 Ooooh… my favorite of them all!!! But it also got us so scared with its winding and narrow streets. Definitely not for the faint of heart. Nevertheless, Guanajuato is a mystical destination worth visiting because of its exciting history, legends, amazing architecture, and its friendly people. You won’t see many foreigners here which means you get an authentic local vibes. There’s pletty of places you can just sit down and see the locals going about their daily routine. Guanajuato is also famous for being a University town, so you’ll get to see young students all over the city and this makes Guanajuato a very lively city! There are so many bars and cafes, street stalls, markets, shops and art galleries.

A few activities that we did and highly recommend:

If you ever want to visit this part of Mexico, don’t hesitate to reach out and I’d be happy to help you plan your trip.

Call me BonBon!!! I am here to help you with your family travel plans and to inspire you to get out of your comfort zone. GO and explore the world. Travel. Learn. Evolve.

This site uses Akismet to reduce spam. Learn how your comment data is processed.